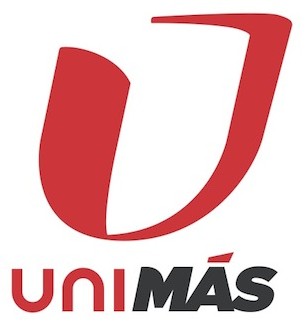 After months of rumors, Univision today announced it is changing the name of the almost 11-year-old network.

Telefutura will be relaunched as the UniMás Network on-air on January 7, 2013.  The network was originally launched in January of 2002.

As the newly branded UniMás, the new network will provide programming from partners Caracol Televisión, RTI Colombia, and Televisa and expand its sports offerings.

According to a Univision statement, “the transformation to UniMás is part of Univision’s expansion and investment efforts in 2012 that included the launch of four new networks — Univision Deportes, Univision tlnovelas, FORO TV, and UVideos.”

“UniMás will offer the new generation of Hispanic Millennial trendsetters – the Más Generation – options for bolder content,” said Univision President Cesar Conde in a statement. “We will deliver more of the best available Spanish-language programming, more series, more sports, and more movies that speak to what our audience is looking for.”

To kick off its new programming, UniMás will feature two dramatic thrillers, “Made in Cartagena” and “Quien Eres Tu” (Who are You), and a boxing-themed drama called “Cloroformo.”

Starring Carmen Villalobos and Miguel de Miguel and produced by Caracol Televisión, “Made in Cartagena” is described as “a gritty, urban crime drama that dives headfirst into the wild and dangerous underworld of Cartagena through the planning, execution, and aftermath of the ‘bank-heist of the century’ that goes terribly wrong.”

In “Quien Eres Tu,” Julián Gil and Laura Carmine star in the RTI Colombia produced drama about a woman who assumes her twin sister’s identity, only to find that living someone else’s life can prove to be a dangerous mistake.

“Cloroformo,” the Televisa-produced series set in an inner city boxing gym stars Osvaldo Benevides, tells the story of five fighters from very different backgrounds and the struggles they face both in and out of the ring as they claw their way to the top of the boxing profession.

The new logo and brand identity were created in collaboration with branding agency Troika. As part of the campaign to announce the launch, Univision is expanding off-network marketing efforts to include: 30 spots, digital ads, print ads and outdoor advertising in New York City, Los Angeles and Miami.