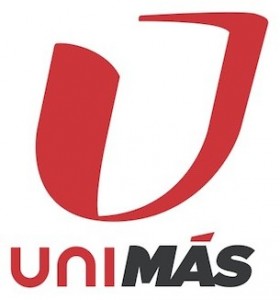 Univision’s TeleFutura network will be a thing of the past after this Sunday.  Starting Monday, January 7, the network officially launches as the new UniMás.

In early December, Univision announced it would rebrand Telefutura as UniMás, with the new network airing programming from partners Caracol TV International, RTI Productions and Televisa.

You can see the UniMás video promo, here.