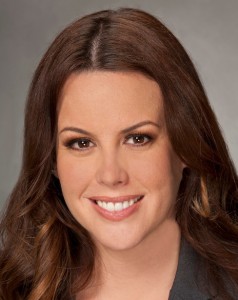 Jenny McNicholas has been promoted from Director, Production to Vice President, Production & Operations for mun2.  She reports to Diana Mogollon, General Manager, mun2.  She’s based out of the networks’ offices at Universal City in Los Angeles.

In her expanded role, McNicholas will be responsible for all in-house and third party productions for the network, from development to transmission, as well as mun2’s broadcast operations teams in Miami and Los Angeles.  She’ll oversee a team based in Los Angeles and Miami.

McNicholas has been with mun2 for 7 years. Since then, she has worked on various series including “I Love Jenni,” “Chiquis ‘n Control,” “Larrymania,” “DUB Latino,” Telemundo Media’s “Billboard Mexican Music Awards” and “Billboard Latin Music Awards.”

Before joining mun2, she worked in production for Next Entertainment and Mark Burnett Productions on shows such as “The Bachelor” and “Rock Star. “