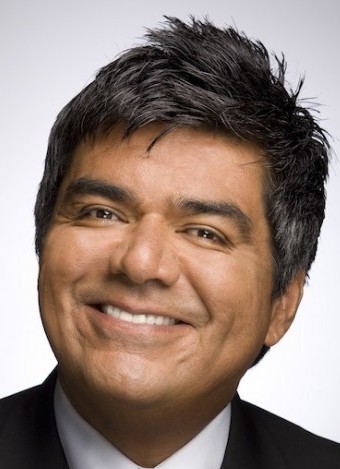 George Lopez, whose late night talk show on TBS was canceled in 2011 after just 2 seasons due to low ratings, has signed a deal to star in a half-hour sitcom on FX.

The network gave the green light for 10 episodes of the sitcom that will be called “Saint George.”  If the show gets good ratings, then FX will order an additional 90 episodes. The show will go into production in August.

According to Deadline.com, in “Saint George” Lopez will play a recently divorced working class Mexican-American successful entrepreneur, who struggles to balance his demanding ex-wife, his 11-year-old son, his overbearing mother who just moved in, and his uncle.

Lopez previously starred in the ABC sitcom “George Lopez,” which aired for 6 seasons, from 2002 to 2007. It wasn’t a big hit during its original run on ABC, but has been successful in syndication, airing during primetime on cable, Nick at Nite and on MTV’s Tr3s. It’s also doing well in the afternoon in broadcast syndication.