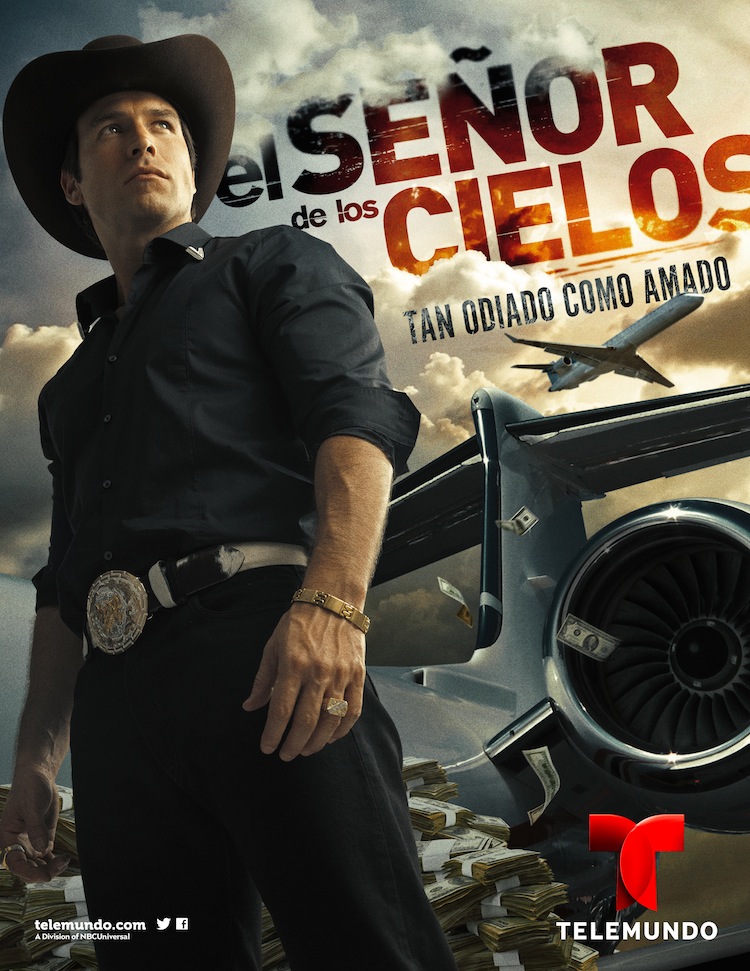 “Señor” ranked as the network’s second highest rated premiere regardless of time period, right behind the smash hit “Reina,” which 2 years ago debuted with an average of 2.4 million viewers, delivering an average of 1,534,000 adults 18-49.

Locally, the novela’s premiere ranked #1 in San Francisco, New York and Miami among all Spanish-Language stations in adults 18-49, beating Univision in three of the top ten local markets.

According to Trendrr, “El Señor de los Cielos” was Telemundo’s strongest novela premiere ever on Social Media, out delivering Univision’s social media activity during the same time-period premiere by more than 74% (9,142 vs 4,201 social media engagements).