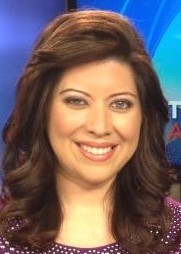 Karla Leal leaves Telemundo Austin to take on a new position at WSNS-44, Telemundo’s O&O in Chicago.  She’ll be a general assignment reporter for “Noticiero Telemundo Chicago” at 5pm and 10pm, effective August 5, 2013.

Prior to her move to Chicago, Karla spent the past 4 years as an anchor and reporter for Telemundo Austin’s weekly newscasts and also did special reports for sister station KEYE-TV, the CBS affiliate in the market.

Karla previously worked at  Telemundo 11 in Bakersfield, California, where she was co-anchor and reporter for 4years.  Before that, she worked for Clear Channel Radio in San Diego as a bilingual traffic reporter.

Born and raised in Tijuana, she’s no stranger to the Windy City. She launched her television career at Chicago’s public access channel CAN-TV 19 where she hosted the bilingual show “Latina Spirit,” in 2004.