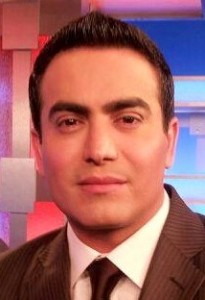 Jorge Miramontes, who has been freelancing for “Al Rojo Vivo” for the past 7 months, has been officially named correspondent for the Telemundo network show.

He officially started as a full time staffer last Monday.

Prior to joining the Telemundo team he was News Director and anchor of a Spanish-language online newscast on Global TV.  He previously spent 7 years as an anchor/reporter at Estrella TV’s KRCA-62 in Los Angeles.

Jorge has also been a freelance correspondent for Univision’s “Primer Impacto” and worked as a reporter for Univision stations in Sacramento, Los Angeles and Fresno.

He started his broadcast career in the U.S. as a radio co-host and news segment producer at LA’s KLAX FM 97.9 in 1999.