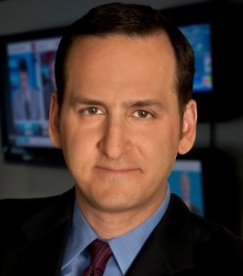 Antoine Sanfuentes, Sr Vice President of News at NBC is leaving the company in the new year.  His last day is January 20, according to an email he sent staff on Monday.

“I grew up at NBC News and have been fortunate to learn every aspect of news reporting and production from the best in the business,” Sanfuentes wrote in the email.  “I am extremely proud to have played a role in NBC News’ successes, and I am excited about working on new challenges,” he wrote.

After Steve Capus resigned as President of NBC News in February of this year, there was some expectation that Antoine, whose entire career has been with NBC, would get promoted again and take over the network news division’s top job.

Although he had taken over Capus’ duties, he was passed over and in May, NBC hired Deborah Turness – a former editor of Britain’s ITV News.

At the time, a New York Times story assessed Turness’ hiring “suggests that NBCUniversal executives were yearning for new thinking.”