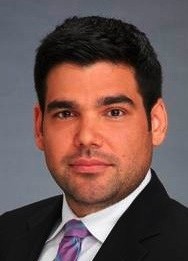 Ozzie Martínez has left New York, where he was WNBC’s Assistant New Director, to become VP of Telemundo News and Standards.

The network officially welcomed Martínez to his new position yesterday, his first day on the job. He’ll be based out of Miramar and reports to Manuel Martínez, recently appointed President, Telemundo Stations.

He began his broadcasting career as an intern at MTV Latin America in Miami.