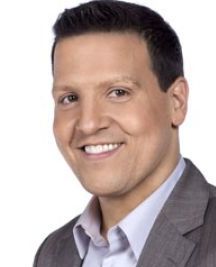 Raúl González, who has been a co-host on Univision’s morning show “Despierta América” for over 12 years, has resigned. Today was his last show.

Apparently, the TV host was unable to reach an agreement to renew his contract with Univision to continue hosting the morning show.

There is speculation that Raúl will move over to Telemundo’s morning show “Un Nuevo Día,” where former co-host Ana María Canseco landed a gig in August of 2013.

Prior to Univision, Raúl hosted a show for the Discovery Kids Latin America/Iberia cable network and alsi worked on radio as co-host of  “Sobre Ruedas” on WQBA 1140 AM, as well as “Las Tardes Calientes”  on 107.5 AMOR-FM.

He previously worked in television shows in his native Venezuela.