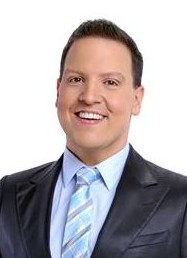 Just one month after he quit his gig as host of Univision’s “Despierta América,” Raúl González has a new job with the competition.

Telemundo announced today that Raúl  has joined the network, where he’ll develop and host a new variety series and contribute to multiple specials.

He’s already lined up for the first special: the Billboard Latin Music Awards to be broadcast live on Telemundo on April 24th at 7 pm.

Raúl abruptly left Univision after 13 years as co-host of “Despierta América.”  His last day on the air was February 27 and that same day, rumors were swirling about a possible jump to Telemundo.

Raúl began his career in children’s theater in his native Caracas. In his early twenties, he hosted a kids’ TV show, “Supercrópolis,” and in 1994 he moved to Miami. In 2001, he became one of the hosts of Univision’s “Despierta America.”