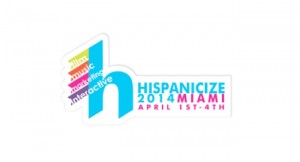 The Hispanicize 2014 conference gets its start today. The event which started first as a marketing/PR conference and now includes journalism, music, film and social media tracks will, for the first time since the conference’s inception, be streamed live.

Live streaming begins as of 9 am ET on Tuesday and will conclude on Friday, April 4th.  Due to the number of sessions taking place simultaneously, only one session selected by organizers will be live streamed every hour while the rest will be recorded and uploaded to the YouTube channel of Hispanicize.