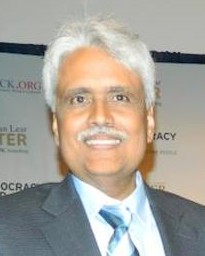 Daniel Morcate has been officially named News Director for WLTV Univision 23/WAMI UniMás 69 Miami, effective today.  He has been interim News Director since December 2013, when Emilio Marrero left the position.

Daniel joins the Univision Television Group (UTG) from Univision’s Network News team, where he was most recently Chief Newsroom Editor, a role he has held for the past 20 years.

An award-winning journalist, he has been with Univision since 1987, starting out as the Chief Writer and Special Projects Producer for WLTV.

Daniel has been a columnist for El Nuevo Herald for 27 years, an editorial board member for the Miami Herald and News Director for radio station WRHC Cadena Azul in Miami.