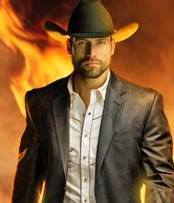 The highly promoted premiere ranked #1 among adults 18-49, regardless of language, in Miami and Phoenix and was the #1 Spanish-language program in its time period in San Francisco, in that same demo.

In order to link both seasons, Telemundo produced “El Capítulo Secreto,” a midseason digital-only episode that, along with the season two premiere, reached over 2.1 million page views and close to 400,000 unique visitors across all digital platforms.

The narco novela ranked as Telemundo’s #1 super series last year averaging 2.3 million total viewers and nearly 1.5 million adults 18-49. The season finale averaged over 3.6 million viewers and beat Univision among adults 18-49 and 18-34 in its period. The hit series also beat at least one of the English-language networks three out of four nights among adults 18-49 during its run.