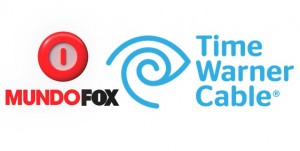 Newcomer MundoFox, which has struggled with distribution since its debut in August of 2012, has made a major breakthrough.

Carriage on TWC is essential to increase the audience and fuel growth of the Fox-RCN joint venture, because of the cable company’s reach – the most important in the NY metro area.

Prior to the MundoFox-TWC agreement, the young network had almost no visibility in New York, because it aired on a low-powered América CV affiliate with limited cable carriage.

The TWC deal comes about 7 months after Ibra Morales was named President of MundoFox.

“Today marks a milestone in our continuously growing distribution efforts,” said Morales in a statement. “Time Warner Cable is an important partner to MundoFox.”