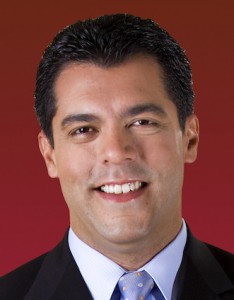 He starts his new on-air role on Monday, November 3.

He replaces Paola Varela Rossi, who was hired in March of this year, and left the station for personal reasons.

Carlos has been a multimedia journalist and back-up anchor for Telemundo Denver since 2011.

He started his TV career in 2006 as a video journalist for Noticias Univision Colorado.