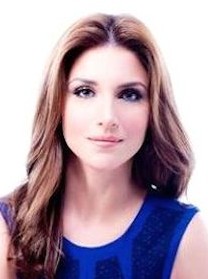 Katiria Soto will be moving to New York to join Noticias Univision 41 as a morning anchor/reporter. She starts the new job Monday, November 17, 2014.

Katiria replaces Enrique Teuteló, who left the station for a primetime anchor position at Telemundo 39 in Dallas.

Katiria, who is also an attorney, resigned to her position as co-host for WAPA TV/WAPA América’s program “Wapa a las Cuatro” in Puerto Rico, after 3 years with the station.

She also previously worked as a freelance news reporter for Telemundo’s “Telenoticias.”