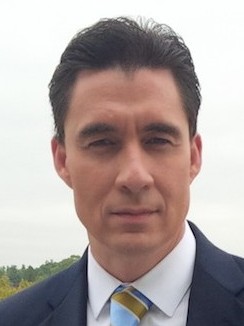 Several sources have confirmed that Enrique Teuteló is moving over to KXTX-39 Telemundo Dallas… and to a better timeslot.

Although it has yet to be officially announced, Enrique will be the new primetime anchor of “Noticiero Telemundo 39,” at 5 and 10 pm, alongside Norma García, who has been solo anchoring both newscasts.

Enrique’s resignation as morning anchor of Univision 41 in New York was made public on Monday. Today was his last day on the air at the station where he had been working since 2011.

According to inside sources, Enrique had been promised the main anchor job at Univision 41 when Rafael Pineda retired, but instead, news director Norma Morato hired Jorge Viera.

Without the possibility of upward mobility, sources say Enrique welcomed the opportunity to become primetime anchor in Dallas.

**Update: His first day on the job is August 11 and he’s scheduled to start on-air on Monday, August 25.