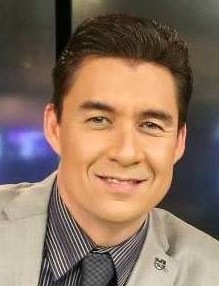 After a 3 year-run as morning anchor of WXTV-41, the Univision O&O in New York, Enrique Teuteló has decided to leave the station. Staffers were notified today of his departure. His last day at WXTV is this Thursday, July 31.

No further details are currently available about where he’ll go next.

When he was hired, it was assumed he would take over for longtime weekday anchor Rafael Pineda when he retired. Instead, Jorge Viera was brought on board last year to replace the legendary anchor.

Rafael officially retired shortly after. His last day on the air was December 20, 2013.

Before joining WXTV, Enrique was weekend anchor for the network’s “Noticiero Univision” and the weekday late evening newscast “Última Hora.” He was previously weekday news anchor and reporter for WLTV-23 in Miami.

Enrique has also worked as a national correspondent for Noticiero Univision in San Antonio and as a general assignment reporter for Univision 45 Houston, where he began his television career in the U.S.