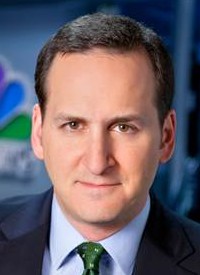 Sanfuentes was Sr Vice President of News at NBC until January of this year. He left NBC after an almost 25 year career, when he was passed over for the news division’s top position. Although he had taken over the role after President Steve Capus resigned, NBC hired Deborah Turness – a former editor of Britain’s ITV News.

Thrilled to join the CNN Washington family. Looking forward to working with the talented White House and Capitol Hill teams.

Sanfuentes spent a great part of his career at NBC working in D.C., working first a White House Producer, working his way up Deputy Bureau Chief – a role he held for 14 years, before getting promoted to Washington Bureau Chief in 2011. He was again promoted to SVP of News a year later.