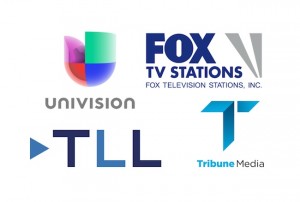 Univision, Tribune Media, and FOX television stations have joined forces to create NewCoin LLC., a new data venture that will be an alternative to Nielsen for measuring local audiences across TV and digital media.

The companies will beta test the service in the Dallas area before trying it out in other markets.

According to the founding companies, the venture is “aimed at addressing deficiencies in local market television audience measurement.”

The broadcasters have partnered with Timeline Labs, which helps media companies “analyze billions of social media messages daily in real-time.” Timeline will use technology provided by SeaChange International to strengthen NewCoin’s ability to deliver a broader audience management solution.

NewCoin’s mission is to combine the power of currently available data and emerging technologies to create a more comprehensive measurement tool that will accurately measure “the full TV audience” that watches television programming in both linear and digital platforms.

“We know our Hispanic audiences are driving media use on linear and digital platforms and are pleased to work with Timeline Labs to develop a much needed tool to effectively capture total media consumption,” said Kevin Cuddihy, Univision President of Local Media.

If the service proves successful, it could change the media measuring landscape and provide a strong contender to Nielsen, which in recent years has had several problems with the accuracy of its numbers.