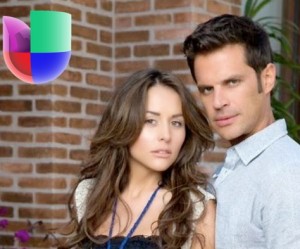 The one-hour worldwide premiere of “Que Te Perdone Dios” made Univision the No. 1 broadcast network among Adults 18-34 at 10 pm on Monday night.

The Spanish-language network also outperformed CBS and NBC among Adults 18-34 from 8 to 11 pm ET.

On a local level, the novela premiere made Univision the No. 1 broadcast station in the Monday 10 to 11 pm time period among Adults 18-34 in Los Angeles, New York, Houston, Chicago, Dallas and Sacramento.