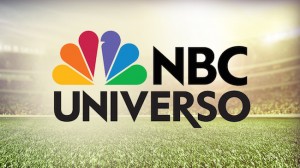 Fourteen years after its launch, mun2 says goodbye this Saturday night. But right at midnight, February 1 it comes back to life as NBC Universo, a newly rebranded cable channel boasting a new logo, the NBC trademark peacock and a reworked programming grid.

Parent company NBCUniversal has timed the relaunch of the channel just hours before it airs the Super Bowl on the Spanish-language cable channel to maximize the event’s popularity and make more viewers aware of the change.

NBCUniverso will focus on sports and entertainment and target the 18-34 demo, although the network’s president says Latino millenials will remain in the picture.

As part of the changes, the former mun2 is moving its operations from Los Angeles back to Miami to be near Telemundo headquarters.

Rubén Mendiola spoke at length with Media Moves about the rebirth of mun2 into an “edgier” and more “innovative” cable channel.

Why are you rebranding mun2? Is the Hispanic millennial no longer the audience to go after?

We love Hispanic millenials. They’re very important to us and it’s very important for us to preserve the DNA of the channel. I think there was always this supposition that for Hispanic U.S. you only give them millennial, third generation product, or there’s nothing else.

The reality is that our society is a vibrant society that encompasses everyone. So we’re not abandoning the millenials. We’re just evolving with the millenials into where they go in their life.

Was the mun2 strategy you inherited not the right one for the next generation?

mun2 is a channel that has been loved very deeply, but not widely. The people that know mun2 love it. But I think there are as many more people that didn’t know or understand mun2. There are English-speaking Latinos that called the network “mun-two” instead of “mun-dos,” and said ‘I don’t understand it.’

I think mun2 was a great concept that worked at the time it was launched. But for us the next step was to reach a larger audience and send the clear message that we’re part of the NBC group of channels. To show the NBC family is supporting us, there needed to be a signal that evoked a larger transformation.

Why call the new channel NBCUniverso?

The concept of mun2 was that people were living in two different worlds. That you could live in the American and the Spanish world – mun2. I don’t believe that’s today’s reality for Latinos.

There’s a tremendous amount of fusion – it’s your universe. That’s the concept of NBCUniverso. That’s why it makes sense to change the name of the channel into this bigger universe. That it’s exciting and where you can find programming like you would watch in English, but that you can watch here with a cultural sensibility.

Why are you moving NBCUniverso’s operations to Miami?

The majority of our operations and productions and what we’ve been doing as mun2 isn’t even in Los Angeles. The move will allow us to optimize resources, leverage our sister companies and take advantage of NBC infrastructure.

The development for dramatic and new series and production group stays [in Los Angeles]. My head of production – Margie Moreno [VP of Programming of mun2] is staying in LA. Programming and all the other divisions move to Miami.

How would you define your new programming strategy?

We are more like an old school superstation that has the opportunity to have sports moments. We’ll have series, movies, music events and reality shows that have been a landmark for us. Weekends will be more sports heavy.

It’s important to preserve the things that everybody loved about mun2. We love music. We were about music and music personalities. We’re going to continue having that. Our biggest shows have been connected to music or music personalities: Jenni Rivera, Larry Hernandez, Gloria Trevi.

We will continue having our music blocks in the morning that are very popular during the week.

The edgy, irreverant part, the important part of the essence of mun2, we’re gong to continue having it. But at the same time, we have the opportunity to mark that we’re ready to play and to go bigger and bolder.

If you don’t change the way you do things, you can’t expect different results.

Are you going to air Spanish, English or bilingual programming?

We’re going to do whatever works for us. The more rules you put around who you are, the more limited you are. And that’s not the case. As Latinos, we start speaking in Spanish and move to English. If it feels good, we’ll go there.

What’s your vision for NBC Universo?

To be a great modern cable channel.

mun2 has done very well until now. It has a size and awareness and it’s a channel that has been a good channel for many years. But the potential be a strong force and voice for Latinos in the United States is there.

We’re looking to show more daring programming that can come from Latin America or created in the U.S. I do think we can push the envelope a little. In cable you can, and we’re planning to. We’ll see where it leads us.

How will you measure success of NBCUniverso?

By measuring the success of the channel in great moments; if people start liking what people they see onscreen. That they feel we are a great representation of what a channel for Latinos should be today.

For me to compete with other cable channels, regardless of whether they’re in English or Spanish, we need to be multiscreen. We need to have a great VOD presence.

It’s important for us to be thinking outside of the box, to be innovative and daring. But also to be what it means to be a great cable channel in the U.S. today. It’s about the reaction of the public. Hopefully, the viewership will follow.

We want ratings. But what’s most important right now is establishing franchises; a new relationship with audience, our affiliates, our advertisers – that they see as as a valuable alternative.

Named president of mun2 in May of 2014, Mendiola was previously SVP and General Manager of Comcast Cable’s Multicultural Services, where he designed and implemented the company’s multicultural services strategy across all Xfinity products and launched the Xfinity Latino Entertainment Channel.

Before Comcast, he spent 9 years as General Manager of Latino Programming and Spanish Business Development at Dish Network. He was responsible for creating the DISH Latino division. He also held roles as VP of Programming and Operations at Fox Sports Latin America and Programming Director for Pay TV at Grupo Televisa.