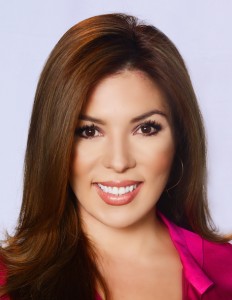 Tsi-tsi-ki Félix is the new 6 and 11 pm weekday anchor at the Univision-owned station in Washington, D.C. She replaced Mario Sol, who was let go in the midst of talent and personnel changes.

She started the new job on Monday.

In addition to solo anchoring the newscasts, Tsi-tsi-ki will be hosting the weekly public affairs and political discussion show “Perspectiva Nacional.”

The Sunday program, produced by and airing on Entravision-owned stations and rebroadcast on Entravision’s digital platforms, had been hosted by Armando Guzmán since its launch in March of 2012.

Tsi-tsi-ki, who spent 7 years as an anchor at WSNS-44 Telemundo Chicago until 2012, was co-host of the morning AM radio show “Univision América de Costa a Costa” until its cancellation in January of this year.