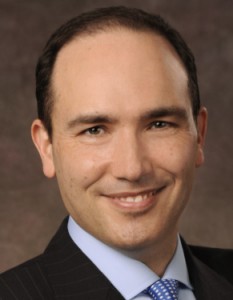 André J. Fernández is leaving Milwaukee and moving to New York to take over as President of CBS Radio starting next week.

His appointment was announced today. Fernández will report to Leslie Moonves, President and CEO of CBS Corporation. He succeeds Dan Mason, who is retiring.

Fernández will oversee CBS Radio’s 117 stations in 26 major markets and its digital assets.

Before CBS, Fernández spent over 6 years with Journal Communications, joining the company in 2008. He was named President and Chief Operating Officer in 2012 and COO in 2014.

He was previously SVP and Chief Financial Officer at Telemundo from 2004 to 2008, helping the network with the acquisitions of Telemundo-RTI Studios and Tepuy International.