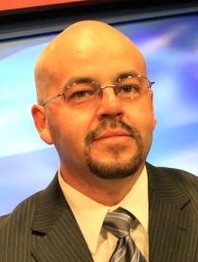 Daniel Fonseca has left KAKW-62 Univision Austin, where he was Executive Producer for the past year, to take on a new job as an on-air Multimedia Journalist at KVDA-60 Telemundo San Antonio.

His last day in Austin was last Friday, April 4. He starts next week at Telemundo.

The move marks his return to KVDA, where he spent two years as a video journalist starting in 2011.

Daniel previously worked as a reporter for Azteca América in Dallas from 2007 to 2009. Before that, he was anchor and reporter for KXTX-39 Telemundo Dallas.

Daniel’s first TV job was as News Director for the Univision affiliate in monterey, CA, where he stayed for five years.

He started his career as a radio announcer while going to college in California.