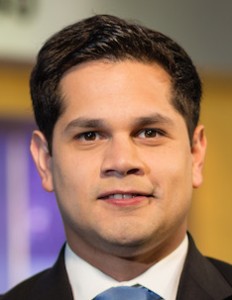 Jaime Zea is no longer at WUVC Univision 40. He anchored his last newscast on Friday, June 12.

This is Jaime’s second departure from Univision’s O&O in North Carolina. Initially hired in 2011 to launch the Univision’s first half-hour newscast in Raleigh, he left the station in May of 2013 for a brief stint at WXTV Univision 41 in New York as a News Assignment Desk Editor for the 11:00 pm newscast.

Jaime rejoined the station as News Director and anchor in March of last year.

No word yet on where he’s going next.

Reporter Natalia Verdina is filling in as anchor while management searches for a full time replacement.