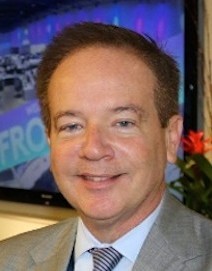 Roberto Vizcón, interim News Director for Noticias 23 since February, has been officially given the permanent position, effective immediately.

Vizcón replaces Daniel Morcate, who was removed from that role less than a year after taking over the job as the ratings for Univision’s newscasts in Miami continued to lose ground to Telemundo 51.

Before stepping in as Noticias 23 interim News Director, Vizcón was Univision’s Director of News and Special Projects, Local News.

He was previously News Director of WLII Canal 11, Univision’s O&O in Puerto Rico. His past experience includes roles as General Manager for WGEN-TV Channel 8 in Miami and GM of WTMO-TV in Orlando. Before that, he spent 10 years as News Director of WSCV-51, Telemundo’s O&O in Miami.