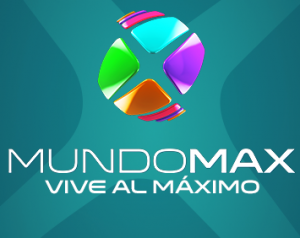 The MundoMax transition is officially over. Today, on the third year anniversary of its launch, the former MundoFox network debuts its new brand identity across its television, digital and social media platforms.

The rebranding campaign, done in-house, calls for viewers to “live to the max” (“Vive al máximo”).

A MundoMax spokesperson tells Media Moves the network “worked very closely with our affiliates on the rebrand and provided them with all the necessary assets.”

Although management told its staffers of the network’s name change on July 28, when it cancelled the national newscast and laid off its news personnel, and it revealed the MundoMax logo three days later, it took another two weeks before the company implemented a complete image rebranding. It was timed to coincide with the anniversary launch date of the network on August 13.

Despite the network name change, the MundoFox branding was still clearly visible on-air and online for the past two weeks, making it a little confusing for viewers.

Did RCN jump the gun in announcing the renaming of the network prior to being ready for air as MundoMax?

A network rep insists: “Everything was announced and rolled out as planned.”

For the time being, there are no scheduled programming changes.