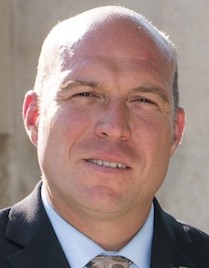 Leonardo Ruiz is taking on an expanded role within the Univision Station Group. He has been named VP and General Manager of KUTH Univision 32 in Salt Lake City, effective immediately.

Ruiz will oversee all aspects of station operations including ad sales, marketing, news, production and promotions for the Univision O&O.

Ruiz joined Univision Radio as an account executive in 2007, becoming the Local Sales Manager for the group’s L.A. Radio stations a year later.

In 2010, he was named the Retail Direct Manager for Univision Los Angeles media group, managing local sales for TV, radio and digital properties. Before moving to Bakersfield, he was the National Account Manager for KMEX 34 and KFTR 46.