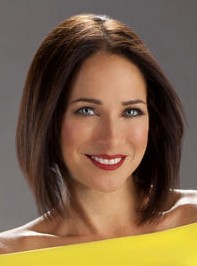 Almost 6 years since joining Telemundo, Carmen Dominicci is no longer with the network. Today was her last official day with the company. According to an inside source, Telemundo decided not to renew her contract.

A company spokesperson confirmed her departure with a brief statement: “Carmen is no longer working with us. We appreciate her contributions to the show and wish her all the best in her future endeavors.”

Prior to joining Telemundo in December of 2009, Carmen worked at rival Univision as weekend co-anchor of news magazine “Primer Impacto,” and later as a correspondent for “Aquí y Ahora.” She also co-anchored the short-lived news program “TeleFutura en Vivo y en Directo” on Univision’s sister network, now known as Unimás.

Carmen was previously an anchor at WNJU Telemundo in New York. She began her journalism career in her native Puerto Rico as a reporter for TeleOnce and an anchor at WAPA TV.