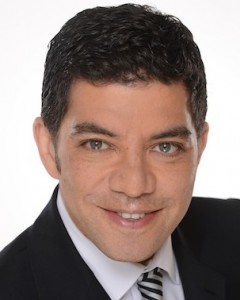 Rubén Mendiola, named President of NBC Universo in May of 2014, is no longer heading the cable network.

Mendiola, who led the rebranding of mun2 and spearheaded the launch of NBC Universo as a sports and entertainment network on February 1 of this year, has exited the company amidst a company restructuring.

Here’s the company statement about the change:

We adjusted our cable network’s structure to be in line with traditional cable channels operating within a portfolio and to ensure we are best positioned for future growth.  As a consequence, Ruben Mendiola will be leaving the company to pursue other interests, and Luis Silberwasser will expand his responsibilities to oversee the channel, in addition to the Telemundo network.

We thank Ruben for all his dedication, passion and hard work in building NBC Universo from the ground up.  We appreciate very much all he has done for the company and wish him the best in his next projects.

NBC Universo continues to be a top priority and the cable network’s business represents an important growth opportunity for NBCUniversal Telemundo Enterprises.

Prior to taking over the role at mun2, Mendiola was SVP and General Manager of Comcast Cable’s Multicultural Services, where he designed and implemented the company’s multicultural services strategy across all Xfinity products and launched the Xfinity Latino Entertainment Channel.

Before Comcast, he spent 9 years as General Manager of Latino Programming and Spanish Business Development at Dish Network. He was responsible for creating the DISH Latino division. He also held roles as VP of Programming and Operations at Fox Sports Latin America and Programming Director for Pay TV at Grupo Televisa.