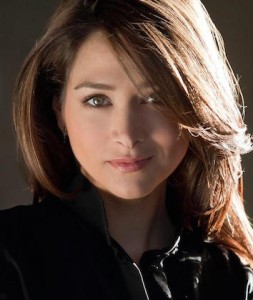 Felicidad Aveleyra, who left an anchor job at Univision’s KMEX-34 in Los Angeles, will be joining Noticias Telemundo as a presenter and reporter.

She’ll be based in Miami and will start later this month.

Felicidad spent 5 years at KMEX as an anchor/reporter until September.

She previously worked as a host for programs such as “Fila Zero” on Televisa Guadalajara and “Los mejores músicos.com.” She also anchored the evening sports news for “Estadio Total” on Televisa Deportes Network.