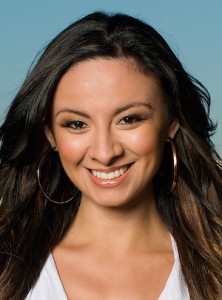 Letty Baltazar, better known as “Letty B,” been named the new mid-day host at 102.7 KIIS FM in Los Angeles.

She now hosts weekdays from 10 am to 3 pm at the iHeartMedia station. She takes over the spot left vacant by Sisanie Villaclara, who was named the new co-host of “On-air with Ryan Seacrest.”

Letty, who started as a promotions assistant almost 10 years ago at KIIS-FM, has been filling-in as a part-time on-air personality at the radio station for the past six months.

Prior to returning to her hometown of L.A., she was the midday personality at San Francisco’s KMVQ 99.7 FM.

After graduating from college, Letty was the midday DJ at stations in Palm Springs and Monterey, before landing the gig in San Francisco.