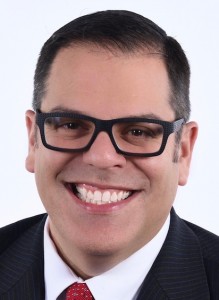 Suárez replaces Luis Hernández, who left the position vacant in November, and who is currently GM of Azteca América’s KVDF in San Antonio and KADF in Austin.

Suárez returns to Texas after working for local TV stations in Florida, Ohio, and New Mexico.

He was most recently was Director of Creative Services and Local Programming at WTVJ NBC 6 South Florida, where he additionally held roles as Executive Producer for local weekday entertainment show “6 in The Mix,” and NBC 6’s 11 pm weekday newscasts.

Before joining NBCUniversal in 2005, Suárez spent almost 4 years as News Director at WUPW Fox Toledo and was at KSAN NBC 3 in San Angelo, Texas from 1998 to 2001.

An Emmy-award winning journalist, prior to moving into newsroom leadership roles, he was a reporter and photographer for the CBS affiliate in Rosswell, NM.

An earlier version of this story indicated Hernández was ousted from KVDA, as was previously told to Media Moves by an inside source. Hernández says he resigned from the position.