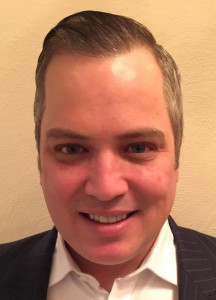 Stephen Hobbs has left SBS, where he was VP of Entertainment and Network Radio Sales of AIRE Radio networks, to join his brother Jack at podcast company reVolver.

A co-founder of the startup launched in February, he joins as Chief Digital Officer, based in New York.

In his new role, he’ll be managing strategy and execution across content, product development, experiential, revenue and marketing for reVolver’s portfolio of digital, influencer, experiential, mobile and audio on demand businesses.

He’ll also be responsible for leading the company’s efforts to develop new businesses in emerging media through investment and partnerships while also executing the companies revenue and content strategy.

He left SBS last Friday after two years at SBS and officially starts at reVolver today.

Hobbs was previously VP of Entertainment at Univision Radio, resigning from that position to follow older brother Jack over to SBS.