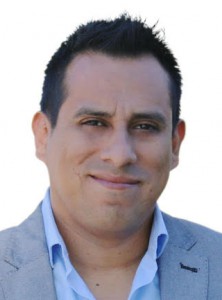 After a 12-year run with Telemundo, David Necochea has left his position as network news videographer in Houston to join NBC network news in New York.

He starts on Monday, April 4 as a videographer and editor for Nightly News, the Today Show, MSNBC and Peacock Productions.

A 13 Emmy-award winning videojournalist, David moved from Miami to Houston in 2014 to work with correspondent Iván Taylor, who left the network earlier this month.

He previously worked from 2006 to 2014 at WSCV Telemundo 51 in Miami. Prior to WSCV, he spent two years at at KXTX 39 Telemundo and KUVN Univision, both in Dallas.

A native of Peru, he worked in Costa Rica for “Teletica” before moving to the U.S.