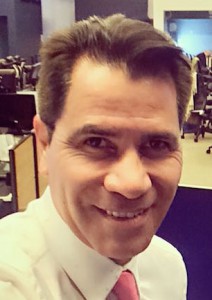 Alan Rivera has joined Telemundo network as a National Assignment Editor. Based out of the network’s Miami headquarters, he started the job this week.

Alan, who most recently worked as Production Director for Media Vista Group in Naples, FL, previously spent 9 years as an Executive Producer and anchor for the now-defunct Independent News Network (INN) in Iowa, which produced Spanish-language “localized” newscasts for stations with budgets too small to produce news programs.

Before that, Alan spent 3 years as a reporter for Liberman Broadcasting’s KRCA 62 in Los Angeles.

Prior to his move to the United States, Alan worked as a radio and TV reporter in his native Peru.