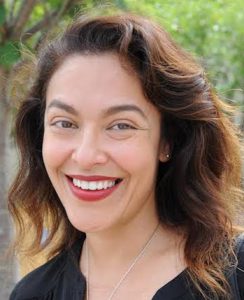 Tania E. Lopez has decided to take on a new career path. A criminal justice reporter at Newsday for the past 6 years, she’s leaving the paper for a job in communications.

Her last day at Newsday is July 22.

“I always told journalism students that being a journalist is a calling, a public service, and that it is one you must take very seriously as our democracy and the chronicling of history depends on it. It’s the kind of profession that is not about you or your awards or your title or your byline in the paper. I could care less about my name being put on a story so long as it sees the light of day and makes a difference. You must have that fire in your belly to achieve that.

Once that fire starts to dwindle, you have to think about how that could affect your reporting. Well, I’m taking my own advice. That fire I had is not entirely gone, the spark is still there. But rather than live in denial and just ‘go through the motions’ I’ve decided it’s best to move on and add new skills to my arsenal. I started in public relations before I even became a reporter. This position came at the right time and I’m thrilled to start a new chapter.”

She starts her new role on July 28.