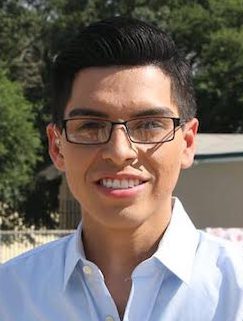 Gabriel Torres has left his job as video journalist at KXTX Telemundo 39 in Dallas to return to San Antonio, where he has taken on a new role as weather anchor at KWEX Univision 41.

In addition to doing weather, Gabriel will also do traffic segments and continue his work as a VJ, producing feature and community stories.

He is currently completing his certification to become a meteorologist.

Prior to joining Univision last week, Gabriel worked at Telemundo 39 in Dallas since March of 2015. Before that, he did a brief stint as a VJ at KTDO Telemundo El Paso.

Gabriel previously worked in San Antonio as a reporter for KVDA Telemundo 60.