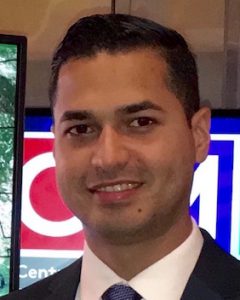 Anthony replaces Carlos Robles, who left the station in January for a job with Telemundo Houston.

The position had been vacant since his departure.

Meteorologist Albert Martínez had been filling in, doing segments from Univision Dallas while KXLN conducted a search for its new weather anchor.

A native of Puerto Rico, Anthony is a member of the American Meteorological Society and the National Weather Association.

He is currently pursuing a Master of Science in Geoscience-Broadcast Meteorology from the University of Mississippi.