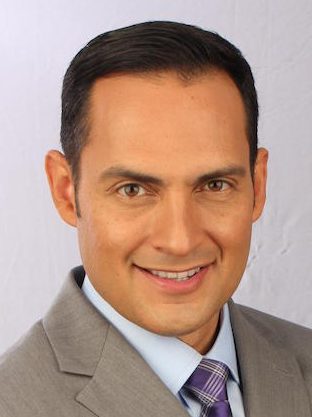 Iván Taylor is returning to the anchor desk. He starts as new weekend anchor for Miami’s Univision 23 on September 10. He’ll also report during the week.

He’ll be co-anchoring the weekend newscasts with Sandra Peebles.

The local station has already started running promos featuring him anchoring and reporting.

Univision hired Ivan in May as a special projects producer. The position was a place holder while he sat out an on-air non-compete clause in his contract with Telemundo.

Ivan resigned as Telemundo network’s Houston-based correspondent in March of this year. At the time, he denied having a job offer elsewhere and told Media Moves he needed to return to Miami to deal with a family member’s illness.

Ivan spent 12 years as an weekend anchor and reporter for rival WSCV Telemundo 51 in Miami. He moved to New York’s WNJU 47 as weekend anchor reporter in 2011 and relocated to Houston as a network correspondent in 2014.