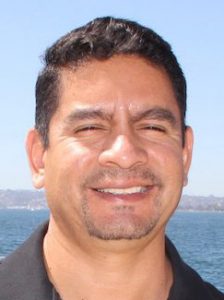 Juventino spent the past 11 years as a photojournalist for FOX 6 San Diego, recently rebranded as CW6, where he covered stories in Tijuana and San Diego.

Juventino launched his journalism career at Univision 21 Fresno in 1995, staying at the station until his move to KSEE in 2001.

He starts the new job with Telemundo on October 10.