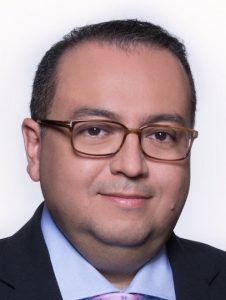 Telemundo has named Luis Rosero Vice President of Government Affairs. Based in Washington, D.C., he starts the new role today.

He’ll be in charge of identifying and pursuing opportunities that advance the company’s policy objectives in the United States and all of NBCUniversal’s businesses in Latin America.

Rosero joins NBCUniversal Telemundo Enterprises from Toyota Motor North America, Inc., where he was Director and Co-founder of the Hispanic Business Strategy Group. Before that, he was the company’s National Manager of Corporate Communications and Media Relations.

He has also served as SVP of Corporate Communications, Media and Public Affairs at Citigroup.