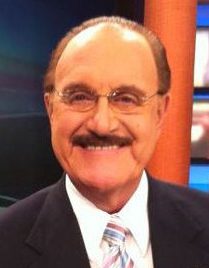 Longtime Univision 23 anchor Guillermo Benites passed away early this morning. He was 75.

He had been battling an undisclosed illness.

The Emmy award-winning journalist and recipient of the NATAS Silver Circle award, who had been hospitalized, “passed away peacefully at 5:48 am” at his home.

A native of Argentina, Benites started his U.S. broadcast career in Miami radio in 1968, before moving on to television news.

He retired in September of 2015 after 39 years at Univision’s Miami station.

There will be a wake tomorrow. The mass and funeral will take place on Monday at 10:30am at Our Lady of Mercy Cemetery, 11411 NW 25th Street.