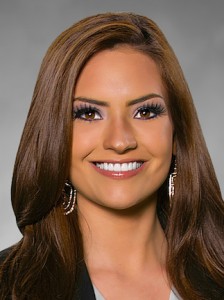 Univision Houston anchor Michelle Galván is stepping in as the new co-host for  “Primer Impacto.”

She will be hosting the Univision network newsmagazine alongside Pamela Silva Conde.

Her first day will be March 13.

She previously worked as an anchor on Televisa-owned cable news network Foro TV.