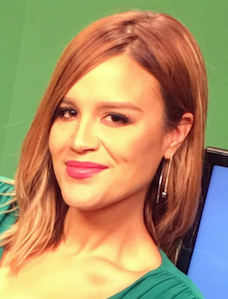 The company confirms she was terminated the same day that Angulo resigned from his post.

Amezola, who first reported him to Human Resources a year ago, filed a lawsuit against Angulo and Liberman Broadcasting for sexual harassment in June of last year.

That lawsuit is still pending.

You can read more details and Amezola’s reaction to her dismissal on Forbes.