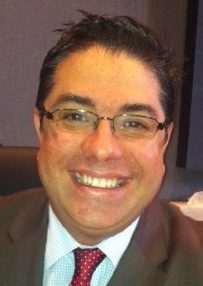 Angulo leaves the company amid allegations of sexual harassment. His last day was Tuesday, February 28.

Two female anchors – Karla Amezola and Adriana Ruggiero (who is no longer with the company) – last year filed sexual harassment lawsuits against Angulo.

Both complaints also name Liberman Broadcasting/LBI Media, for failing to protect them for unwanted sexual advances, even after reporting the alleged acts to the company’s Human Resources department.

No word at this time on the status of those lawsuits.

Angulo joined LBI Media as News Director of KRCA-62 in 2011 and was promoted to VP of News a year later.

A spokesperson would not comment on Angulo’s departure or if he would be replaced.

In October of last year, Andrea Ospina was hired as VP of Local News, presumably to act as a buffer between Angulo and anchor Amezola, as well as other female employees, although the company would not address or comment on the reasons behind the hire.

Updated to reflect his final day at the company.