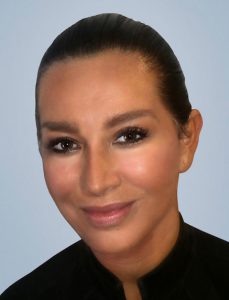 As Media Moves first reported in September, Andrea Ospina is moving to Los Angeles to work for Estrella TV.

The company today officially announced Ospina has been named to the newly created role of VP of Local News for KRCA-62. She starts the new role on Monday, October 10.

Her hiring comes at a time when the company is facing two sexual harassment lawsuits from former anchor Adriana Ruggiero, named in the complaint as “Jane Doe,” and current news anchor Karla Amezola. Both complaints explicitly name Angulo as the alleged perpetrator of the unlawful behavior, and Estrella TV’s parent company LBI Media for not doing enough to protect them from the sexual harassment.

With this move, starting next week, Amezola should be directly reporting to Ospina, not Angulo.

Ospina arrives to Estrella TV from KTMD Telemundo in Houston, where she Assistant News Director for less than five months. She was previously News Director at KTAZ Telemundo Arizona for five years.

Story was updated to reflect that Ospina will report to Ivan Stoilkovich, not Andrés Angulo as was previously indicated by the company.