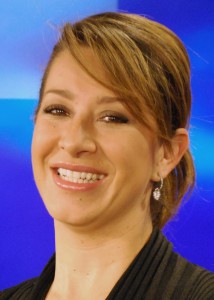 Less than five months after taking over as Assistant News Director at KTMD Telemundo Houston, Andrea Ospina has handed in her resignation.

A company spokesperson confirms her last day is September 30.

Her leaving the station is one more in a series of departures that include the exit of Executive Producer Carlos Tamez and producer William Negrón, who moved on to other positions earlier this year.

A source says Andrea is heading to Los Angeles to work for Estrella TV, but she has not responded to a request for comment. No word yet from Estrella TV.

Prior to her move to Houston, Andrea was News Director at KTAZ Telemundo Arizona for five years. She joined KTAZ in January 2010 as line producer for the station’s re-launch of the 5 and 10 pm local newscasts. Before moving to Phoenix, she produced the Arizona newscast from the now defunct Telemundo Production Center (TPC) in Dallas. She previously worked as line producer at Univision Dallas and “Primer Impacto” in Miami.